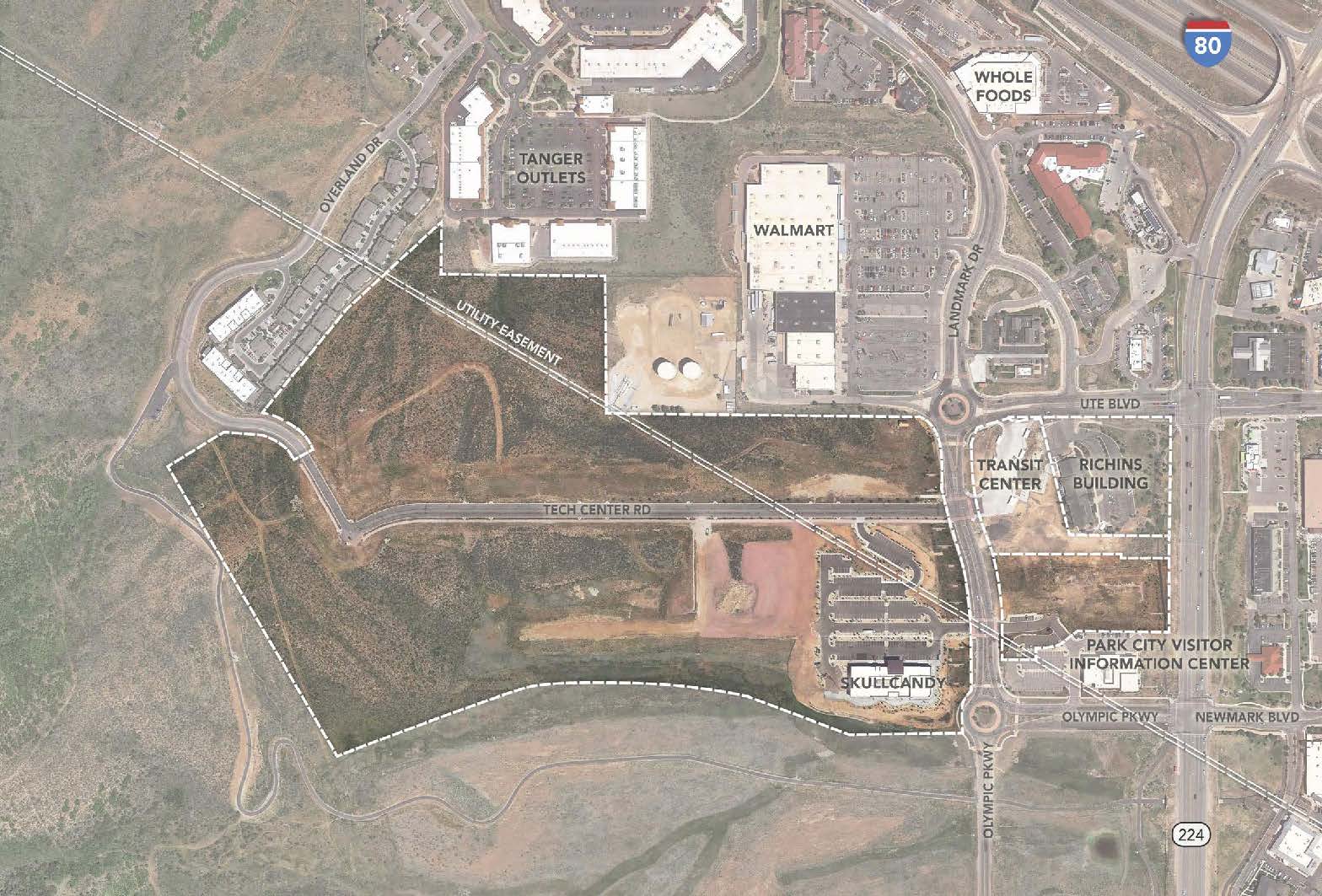 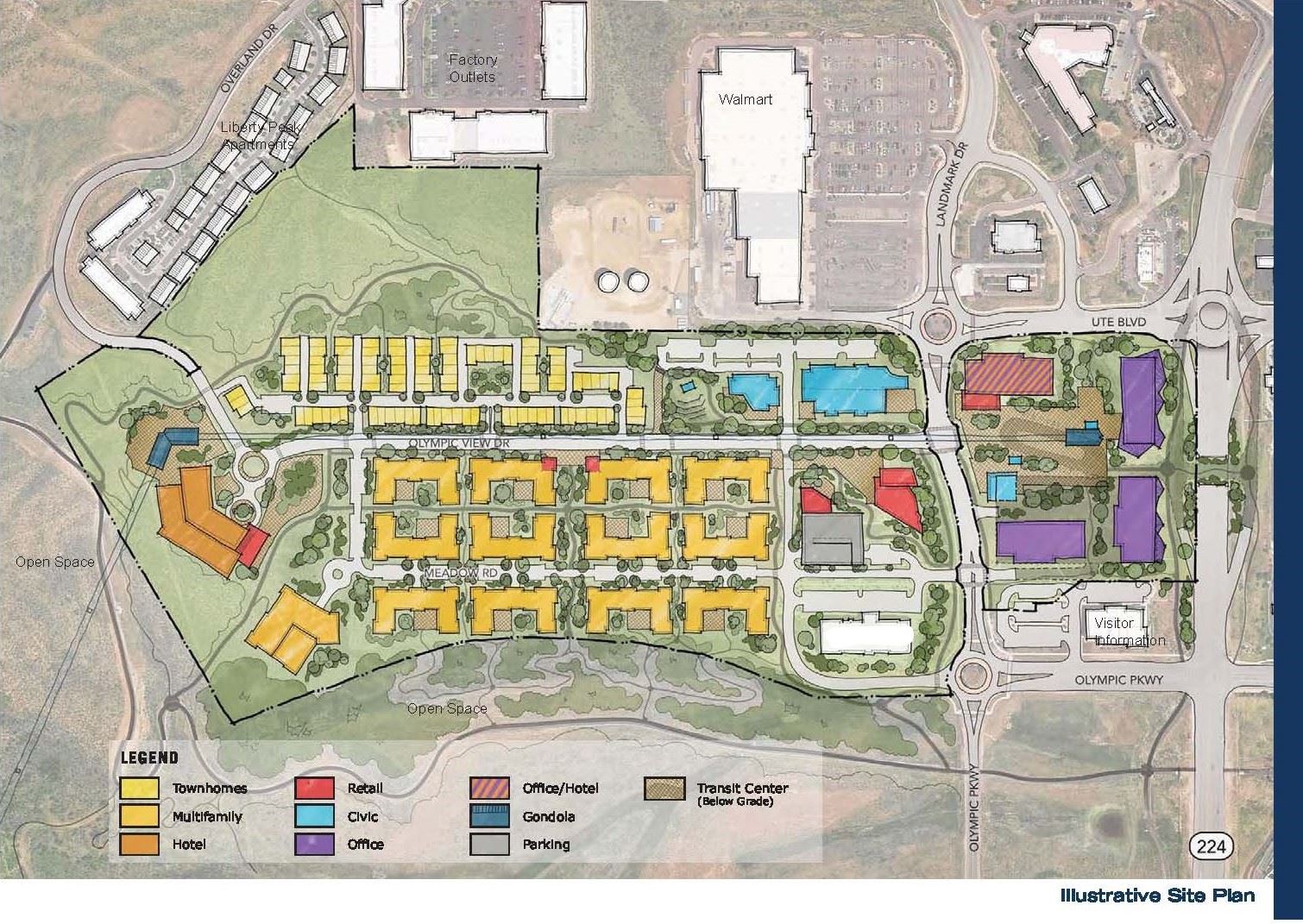 On December 10, 2008, the previous property owner, Boyer Snyderville Junction L.C., entered into a Development Agreement with Summit County for the Summit Research Park (aka Park City Tech Center). In conjunction with approval of the Development Agreement, a re-zone of the property from Rural Residential and Hillside Stewardship to Community Commercial was adopted by Ordinance 706. Specific permitted and conditional uses were stated in the Ordinance, as were land use provisions for moderate income housing and a future church site. Public open space and trails located to the south and west of the project area were established as part of the original approval.  An Amendment to the Development Agreement was approved in 2014, providing clarity as to process for “use” determinations.

In the eleven years since approval of the Summit Research Park, two buildings have been constructed, namely the Park City Visitor Center and offices and Skullcandy corporate headquarters. A bus transit center was constructed, as were core roads and utilities. Liberty Peak Apartments were constructed on Overland Drive providing 150 one- and two-bedroom workforce housing units, affordable to those residents earning below 80% of Summit County Area Median Income. These units were required by the Development Agreement to satisfy an affordable housing requirement of the Summit Research Park approval. 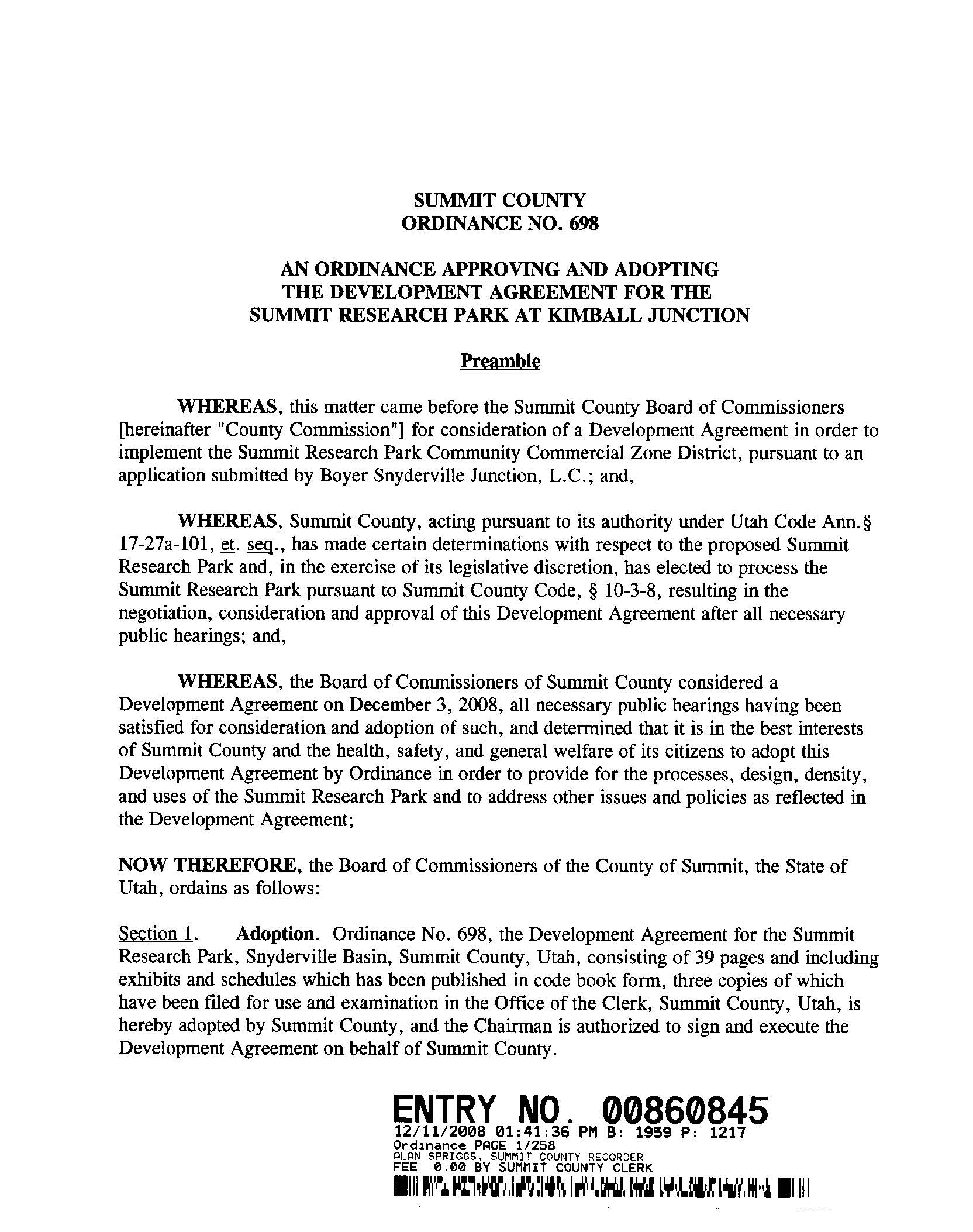 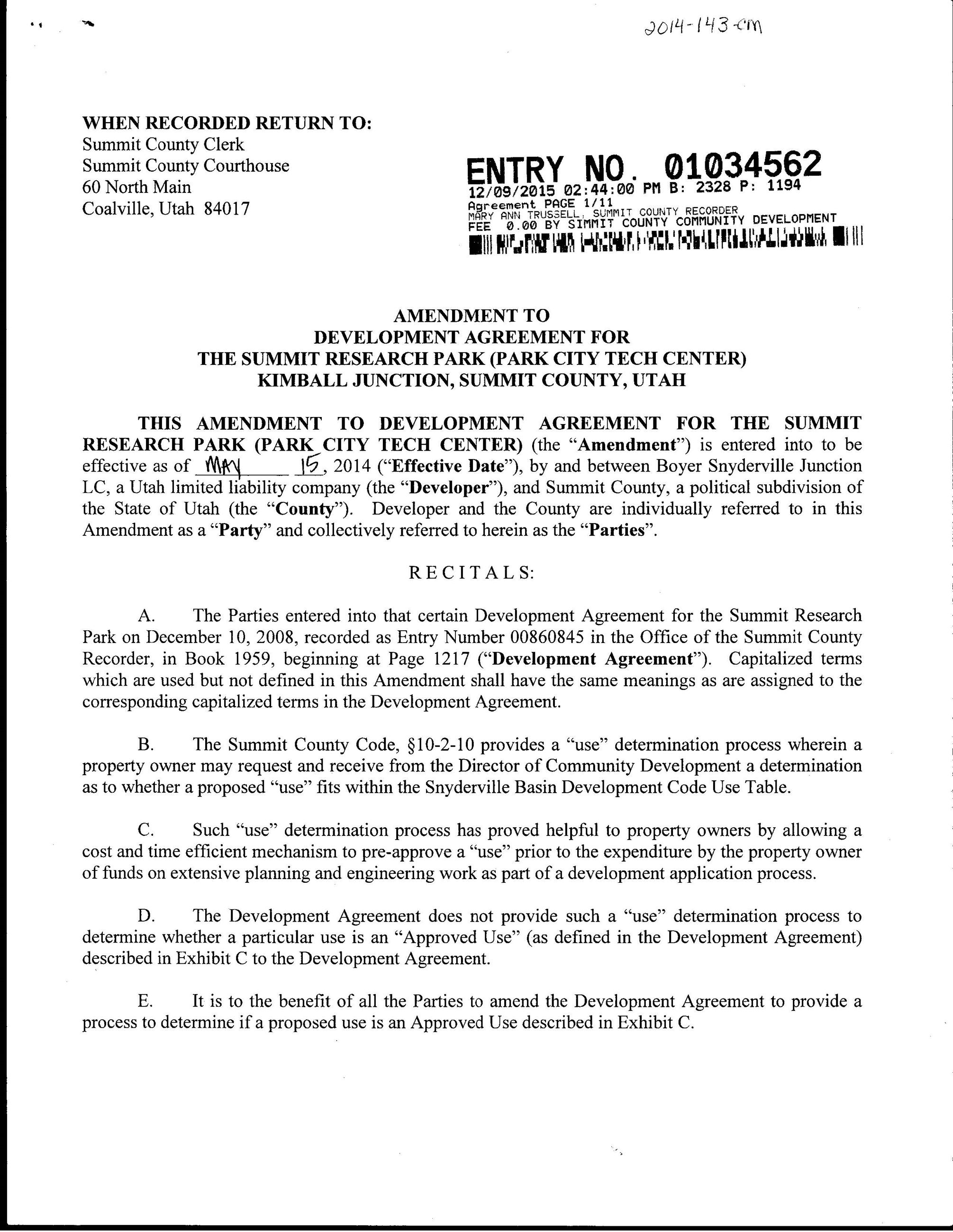 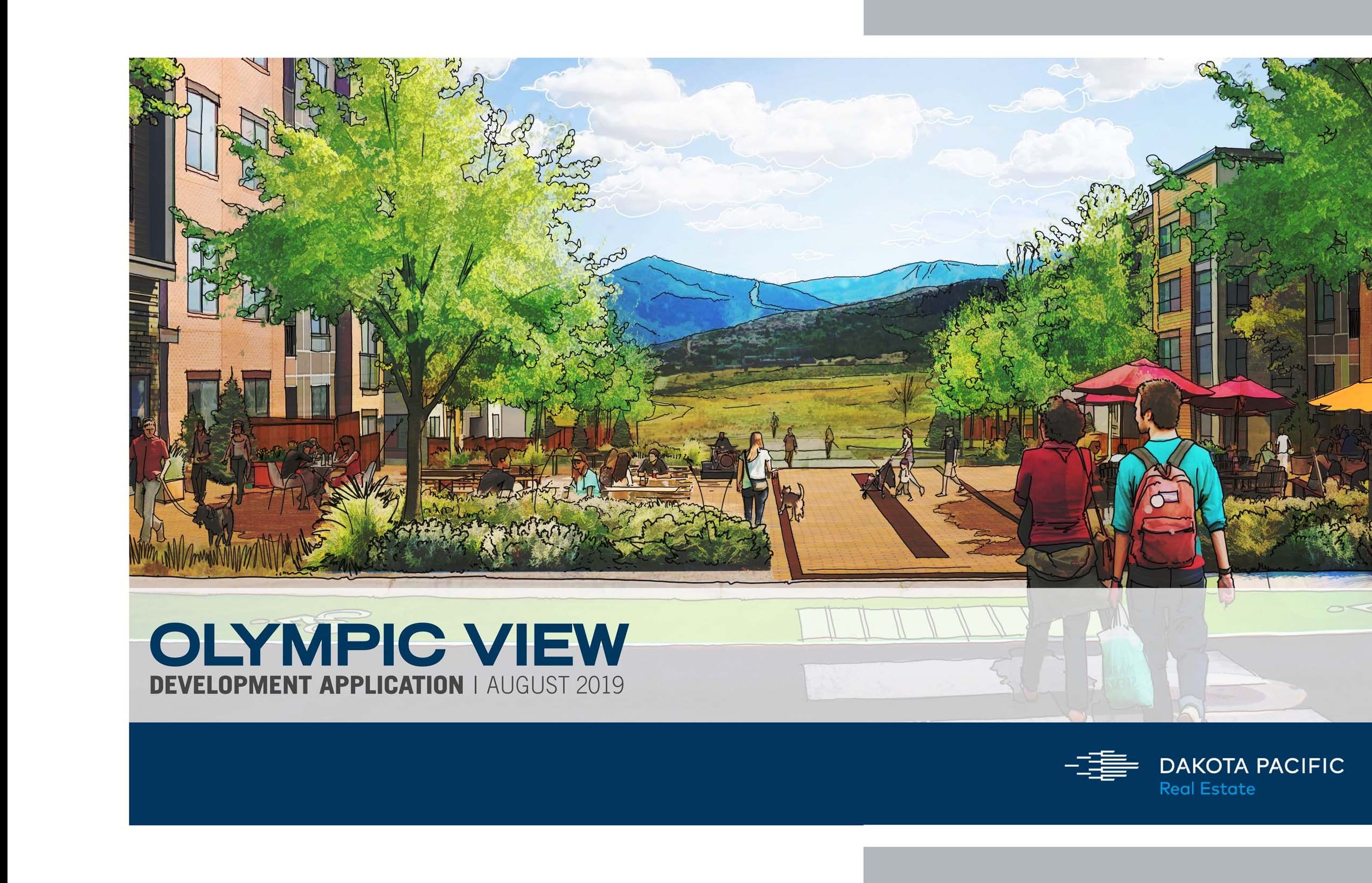 As this proposal is discussed by the Snyderville Basin Planning Commission (SBPC) and the Summit County Council (SCC), information presented at the various meetings, including staff reports, minutes, and presentations will be published here as they become available. Click on the date of the meeting below to view the information from that meeting.

Developer Presentation - (overview of brochure above)