Water of the Weber River

Water is the life of Summit County and was the first consideration in its settlement. Each community was settled along the streams. On the Weber River, settlements were built on either side where the valley was wide enough to permit.

In the County Court Records of 1861 to 1872 many of the settlements petitioned first for individuals or small groups to take a portion of water from Weber River or its system, second for irrigation companies to be formed. In Summit County Court on March 9, 1861, water masters were appointed over several water ditches. Some years later it was decided that the water was the property of the State and would be controlled by the them instead of by the County.

Around the turn of the century water was becoming scarce. Commissioners from Morgan, Weber, and Davis Counties were sent up the Weber River to get more water. At first they asked to have the water turned out of the canals of the upper Weber River for ten days so crops might mature. Next, they demanded that water be turned down to them entirely. They determined they had rights prior to the many who settled on the Upper Weber. It was eventually decided there was enough water for all if it was stored for uses as needed.

Wild hay grew in abundance in the meadows, along the Weber River in the early days but the settlers had to have bread. Attention was immediately given to raising grain. There was sufficient water available for first irrigation of grain but as time came for the second irrigation, water was scarce. Summer fallowing was practiced, making it necessary to have twice as much land under cultivation for wheat as would be watered each year. Near 1890 "lucerne" (alfalfa) was being raised in limited quantities. There was sufficient water for the first crop but there was no water for second crop. For a short time many farmers had been satisfied with one crop, but as time went on they began to realize that if water was available, a second crop could be produced. They also realized that alfalfa was as beneficial to the soil as summer fallowing.

About this time on the lower Weber River, sugar beets and truck gardening were beginning to be developed. As soon as flood waters had subsided they were in need of more water. To mature these crops it was necessary that water be available for late summer irrigation. Water Commissioners went from the lower Weber valleys to meet with irrigation officers of the upper Weber River. A study of the situation was made. From this study grew the reservoir system that is in effect today. Also it was found advisable to have a water commissioner on a 12 month basis who has general supervision of the entire Weber River system.

In June, 1910, Wasatch County had made the first reservoir in the Uinta Mountain Range. The water comes out through the Provo River and the dammed lake is called Trial Lake as it was an experiment or trial to see if the idea of storing water in lakes was feasible or practical. (Government Bulletin Number 20)

Since that time there have been many reservoirs built with lakes as nuclei and they have been very successful and satisfactory. In July, 1919, Marchant Extension, New Field, North Bench and Marion Canal Companies filed on reservoir sites in Weber River system.

While the farmers were building reservoirs the whole Weber River system was organized into a company to determine the rights of the water users. The Weber River was divided into three districts known as the upper district, including that part of the river system above the Echo reservoir including Chalk Creek, Beaver Creek, Silver Creek, East Canyon Creek above the Morgan County line, and other small tributaries; the central district which included part of the river system between Echo reservoir and Gateway including Lost Creek, etc. which includes Henefer because it is below Echo; and the lower district which includes part of the river below gateway and the Great Salt Lake and all its tributaries except Ogden River. While all districts worked together as a unit each group worked independently of the other group to establish the rights and priorities of the water users of that particular group.

Much time was spent in collecting the historical data or priority of the irrigation canals and personally owned ditches. The adjudication of the Weber River system proved to be very unique and outstanding in its method of procedure. As information was gained policies were adopted and water duties assigned to the incorporated irrigation canal companies or individual rights. A trial period of eight years in periods of 2 years each was given to determine the water duty necessary. The year of priority was determined by the first year of beneficial use or construction date of canal. The total water rights of the upper district of the Weber River was for 28,868.59 acres.

A group of 15 men were on this committee in charge of the upper division. As time went on some of the committee were unable to keep on with the work for various reasons but others were appointed to fill their places. A majority kept on with the work and saw it finished. The following names are those that were appointed to the committee and those that filled the others' places: Joseph B. Andrus (President), Marion; Edward Sorenson (Sec.) Oakley; William Hair (Treasurer) Marion; Grover Jensen, Oscar Jensen and A. F. Marchant, Peoa; R.R. Fitzgerald, Kamas; Benjamin Willoughby and Thomas Cossy, Marion; Levi Pearson, Reed Stevens, and John H. Seymour, Oakley; Lawrence Grow, Rockport; Albert Gibbons, Wanship; C. Herbert Crittenden and Heber Sargent, Hoytsville; Lawrence Wright, Cluff; Joseph Boyer, Upton; Heber Wilde, Coalville; Pat McPolin and R. R. Fletcher, Snyderville.

When the policies were determined by the farmers, they recommended them to the Judge and May 27, 1937 the untiring efforts of these joint committees were rewarded by the signing of the Weber River decree by the Honorable Lester A. Wade, Judge of Second Judicial District of Weber County. This was accomplished at the minimum cost of 10 cents per acre, while all others in the state had cost more.

Echoes of Yesterday pages 33 to 37 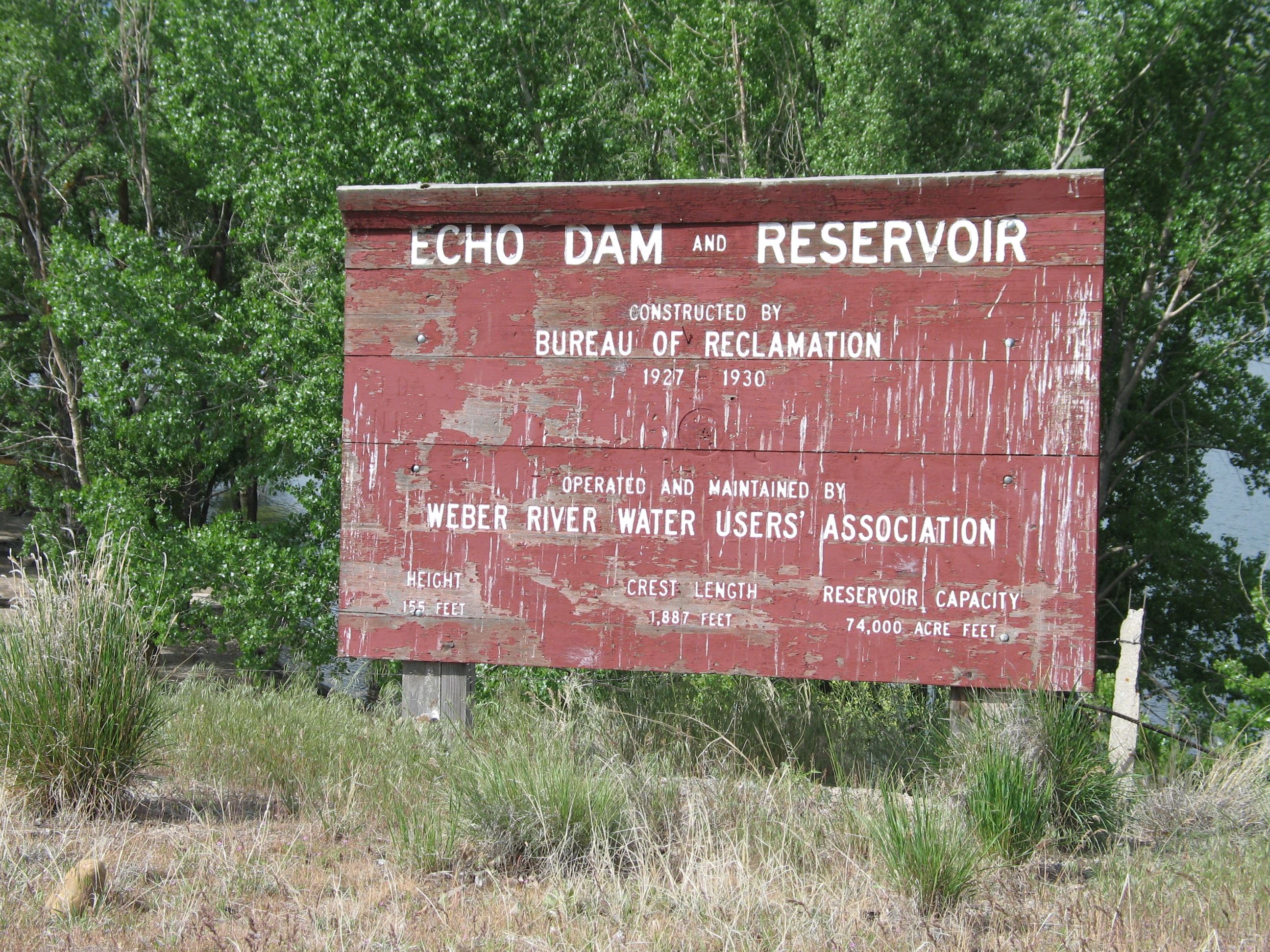 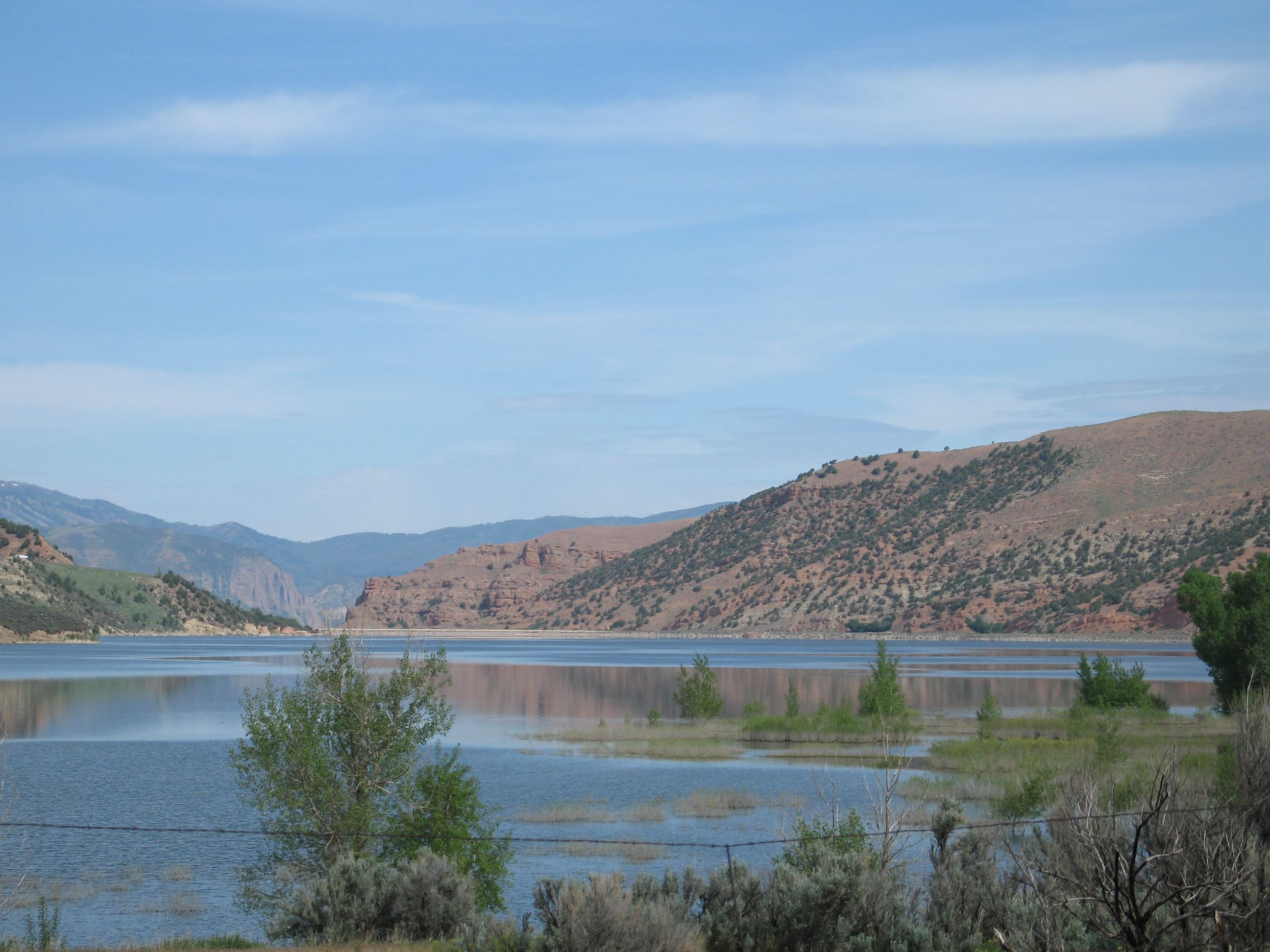