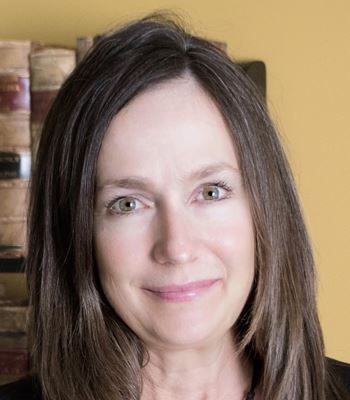 Summit County Attorney Margaret Olson considers it a distinct honor and privilege to serve the community in which she has lived for the past 24 years. On May 31, 2017, while entering her 25th year of practicing law, she was unanimously appointed by the Summit County Council to the position of County Attorney. She was elected in 2018

Margaret is a 1992 graduate of the University of Utah SJ Quinney College of Law. Prior to her appointment, Margaret was engaged in the private practice of law for over 20 years and also worked as an Assistant District Attorney for Salt Lake County. She litigated a wide range of criminal and civil cases including but not limited to: stock disputes, employment matters, securities fraud, business dissolution, insurance fraud, partnership, violent and white collar crime, professional malpractice, family law, administrative law, construction defects and civil rights. Always an active participant in the criminal justice system, Margaret has handled almost every type of criminal case either as a prosecutor, private lawyer or attorney for crime victims. In addition to her trial work, Margaret has argued many times before the Utah Supreme Court, Utah Court of Appeals and Idaho Supreme Court.

Margaret believes in and defends the Rule of Law and equal justice under the law, regardless of economic status, race, ethnicity, religion, gender or sexual orientation. The Rule of Law has been defined as a principle under which all persons, institutions, and entities are accountable to laws that are publicly promulgated, equally enforced and independently adjudicated consistent with international human rights principles.

Margaret believes in the American institutions and principles that have served our Country so well: the independent judiciary, a free press, substantive and procedural due process. Margaret is committed protecting the rights of crime victims to dignity, information and to be heard throughout criminal justice proceedings. Margaret is committed to protecting the rights of the criminally accused to a fundamentally fair process and will safeguard the rights of indigent persons to representation and fair and equal treatment. Margaret brings ethics, integrity, sound judgment and 25 years criminal justice experience to the office.

Margaret has been married to Dirk Olson, an airline pilot, for 28 years and they have two children in the Park City School System.